The takeoff from Manchester (New Hampshire) was at 11:45am local time. Straight away we headed for Bangor (Maine) and climbed to our flight altitude of 5,500ft. The weather was to be excellent on our entire route.

En route, we flew over the airport of Auburn-Lewiston where two Super Constellation « Starliner », the last of the Constellation series, are parked. Only 44 examples of this type were constructed because the arrival of the modern jets (such as the Boeing 707) cut short the Lockheed production as they received no further orders for the Constellation. Our association had evaluated the possibility of acquiring these aircrafts for restoration but the lack of spare parts (due to the small number constructed) obliged us to look at other options.

We then headed for and before flying over the . We had discovered the extraordinary countryside of with its numerous lakes and forests and then which is just coming out of Winter. The air traffic controllers kept asking us to confirm our type of aircraft and we were greeted each time very warmly.

Our modern GPS navigation system, freshly installed, helped greatly with the navigation. Pat and Francisco were piloting this flight. Ernst and Patrick took turns to relieve them. Jerry, our flight engineer looked after the engines, transferred oil and fuel, watched each instrument and seemed to be talking with the aircraft. Carlos replaced him from time to time.

On arriving at Stephenville, we disembarked the members and invitees. Francisco, Pat and Jerry then took off again for a few circuits to enable the photographers and Swiss television journalists travelling with us to film a takeoff, low pass and a landing. However, when N73544 was on final approach the nose landing gear did not extend normally. The crew decided to go around and try and solve the problem. After a while, which seemed forever, our Super Constellation returned for a better than textbook landing. The fire trucks followed the aircraft along the runway, followed by the rescue crews.

Friday will be used to resolve the landing gear problem and to visit the area.

We would like to request that you refrain from writing to us to ask the time of arrival at each airport. Everything depends on the weather and technical uncertainties and so we cannot respond to each and every one of you. However, each day you will find a report and the expectations for the next day.

We are always available if, for example, you wish to support the association or become a member. Please use email if at all possible, or use the telephone if you do not have email.

We very much thank you for your interest in the project and we look forward to displaying the Super Constellation in . 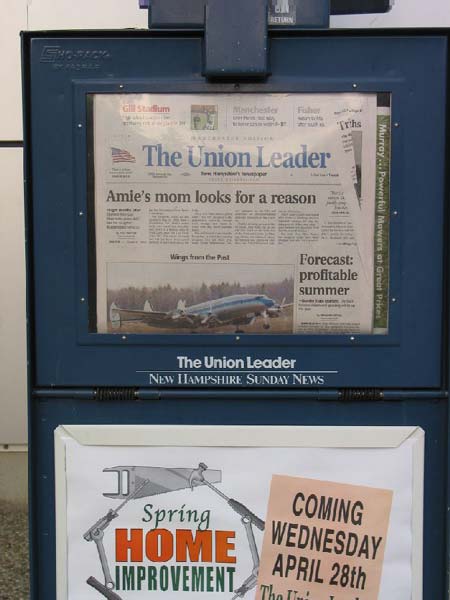 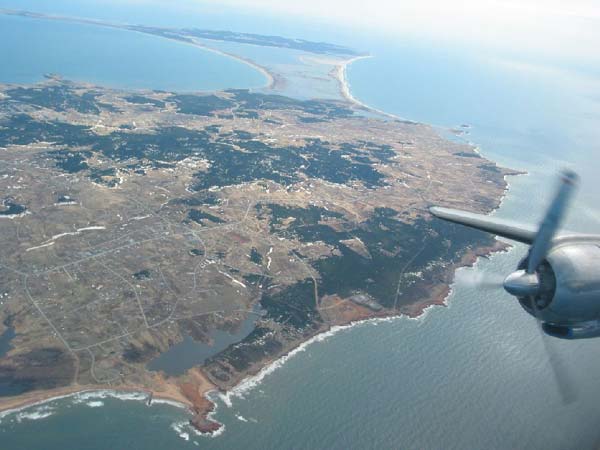 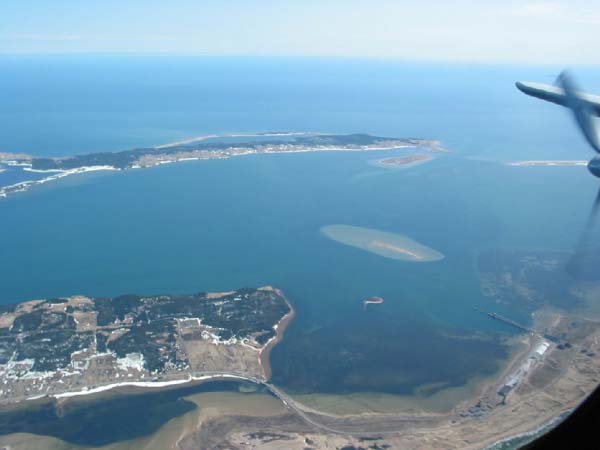 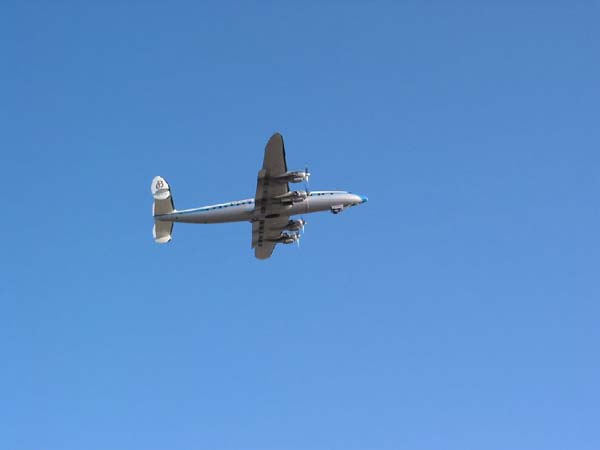