We continued to clean the aircraft which now appears to have rediscovered her youth. A group of us took the day to discover the region and visit a whisky distillery. 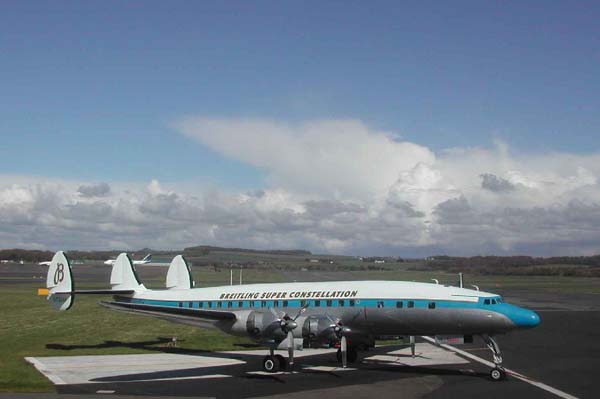 An important milestone was reached yesterday as we have now gained 1000 members within the Super Constellation Flyers Association. We are very pleased because, as you know, our association is a non-profit one and relies on the support of its members to keep this famous aircraft flying. Our aim is to continue expanding to cover the large costs involved. This will allow us to ensure the future operations and restoration of the aircraft’s interior. 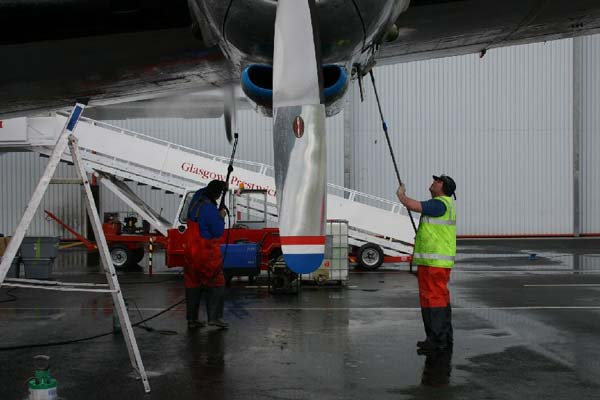 The departure from is planned for Thursday 6th May at 11am local time and the arrival at Paris le Bourget is expected at 3pm local time, if the weather does not deteriorate enroute.

The take-off from Le Bourget to Bale-Mulhouse will be around 9am. 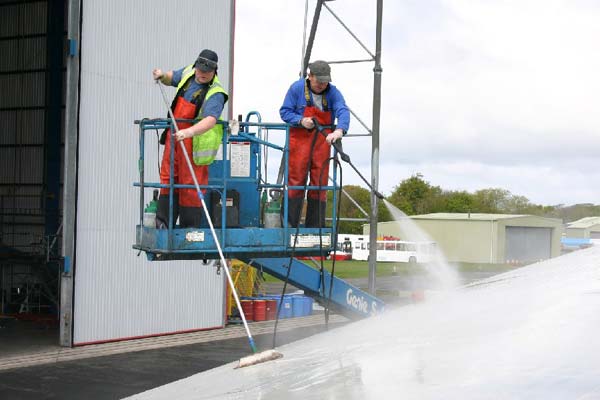 Arrival of the aircraft and reception on 8th May

The arrival of the « Breitling Super Constellation » at its new home, the EuroAirport of Bale-Mulhouse, is planned for Saturday 8th May at 11am.

A team of SCFA volunteers has been working very hard for the last several months to prepare for the aircraft’s arrival. Several classic aircraft will also be present (2 Junker 52 and a DC-3). The historic brass band « Swiss Band » (ex-Swissair band) will be playing. The reception will take place in front of the « Swiss International Airlines » buildings where the aircraft will be available for visiting. We recommend that you arrive early enough to pass through the security checks.

The reception is open to eveyone and is free for Members and those under 16 years old. For everyone else, entry will be CHF20 (EUR13). These funds will only be invested in the aircraft maintenance and restoration.

There will not be any food available and so we recommend that you bring your own sandwiches and drinks.

Arriving from the city of Basle.

We strongly recommend that you come by public transport.

Extra busses have been organised from the Kannenfeld stop (reachable by tram No 1 - departs from the train station in the direction of « Dreirosenbrücke) which will leave every 15 minutes. You can also use the pay-parking at the EuroAirport (then follow on foot the signs « Super Connie » to the reception).

Arriving from France or Germany

Please use the pay-parking at the airport (French side) and make use of the special customs passage opened for the day in terminal 2 and then follow the signs « Super Connie » to the reception (about 5 minutes walk).

NOTE : It is forbidden to park vehicles on the customs road (Swiss side) or on the cargo road (France).