Information on the Present Situation
The SCFA board extended an invitation to all association members to join them for an information event held at the Swiss Museum of Transport in Lucerne. Approximately 70 SCFA members and staff attended Yannick Barthe's Super Connie film presentation at the museum's IMAX theater following the Aperitif gathering. After the movie, SCFA President, Hans "Breiti" Breitenmoser and Director of Maintenance, Rolf Harlacher, updated the audience on the present situation of the aircraft. The SCFA would like to thank the museum representatives for their support and hospitality.

Below are a few pictures taken by aviation photographer Karin Gubler. 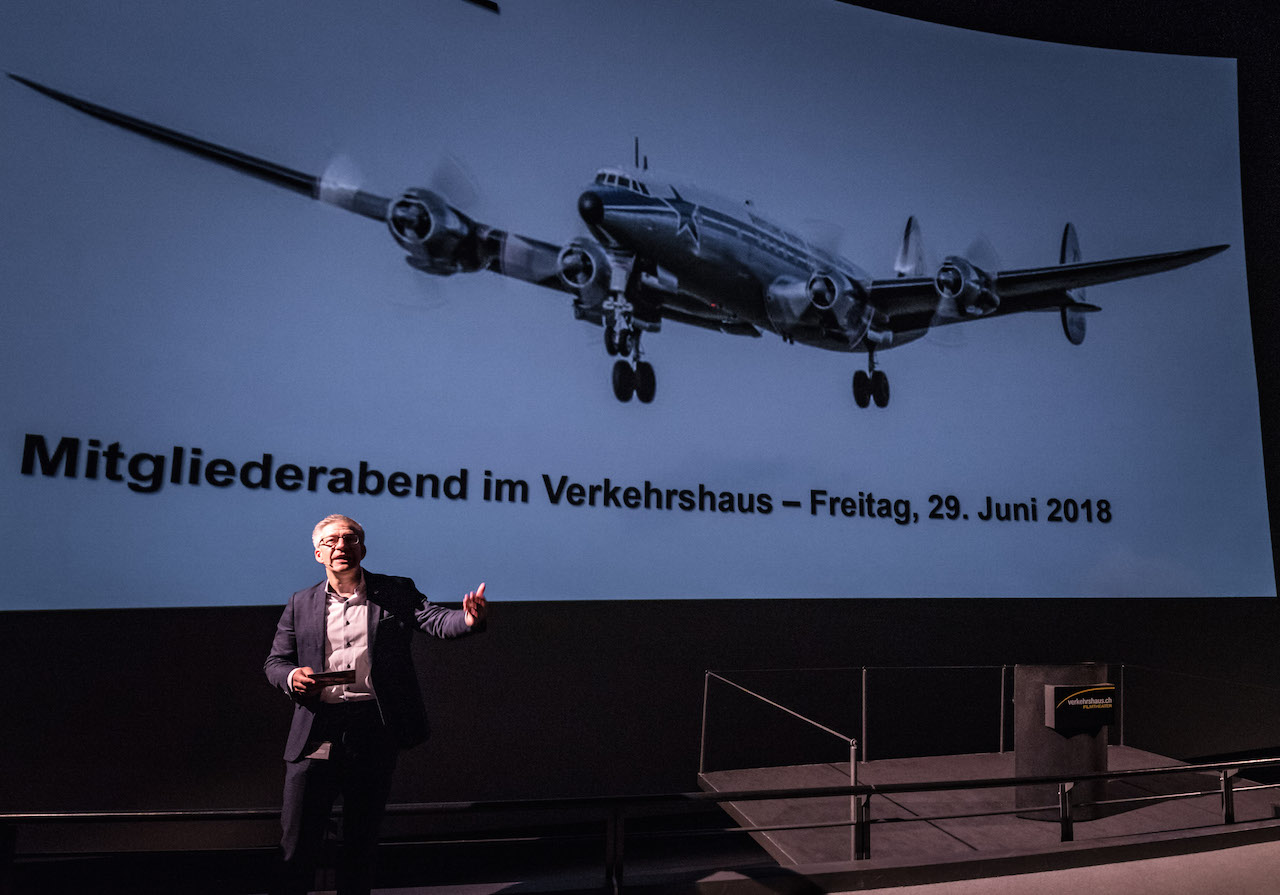 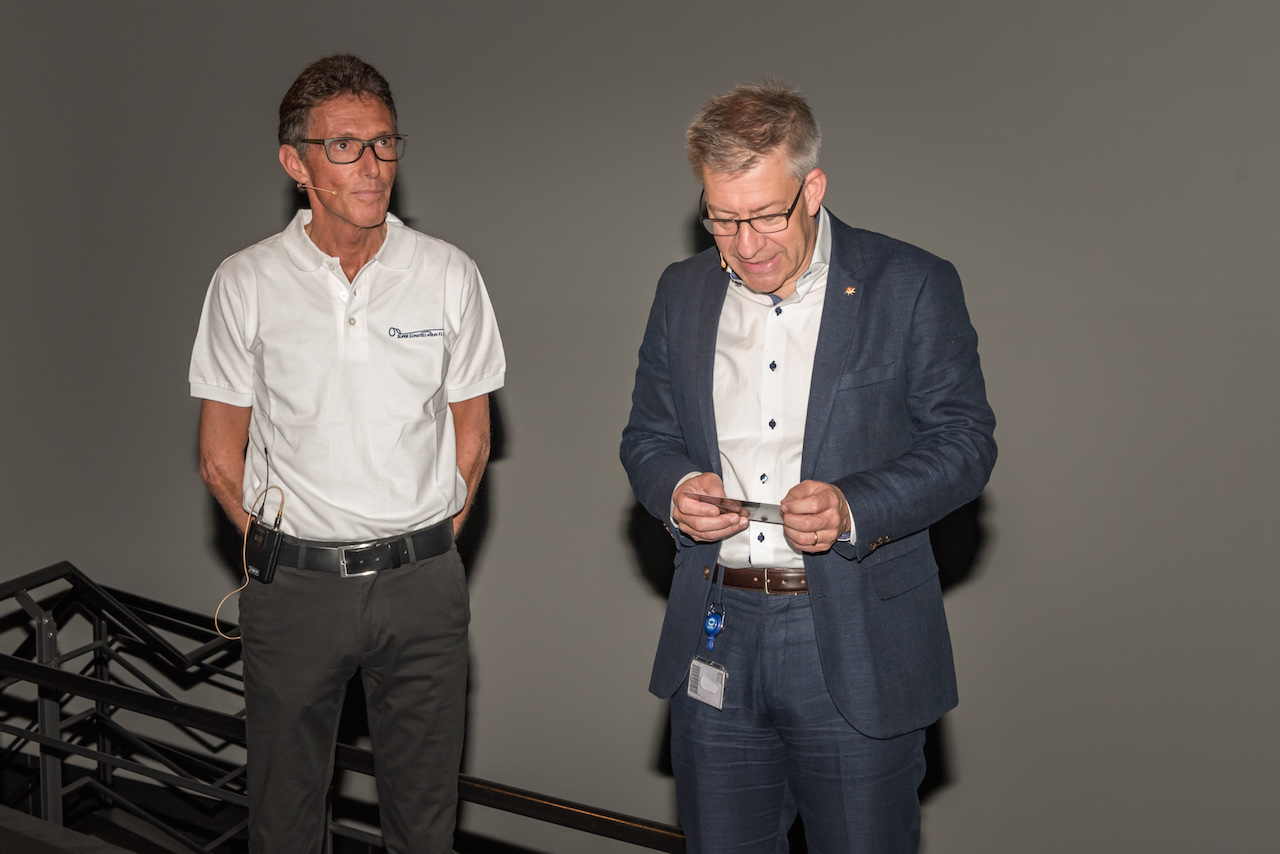 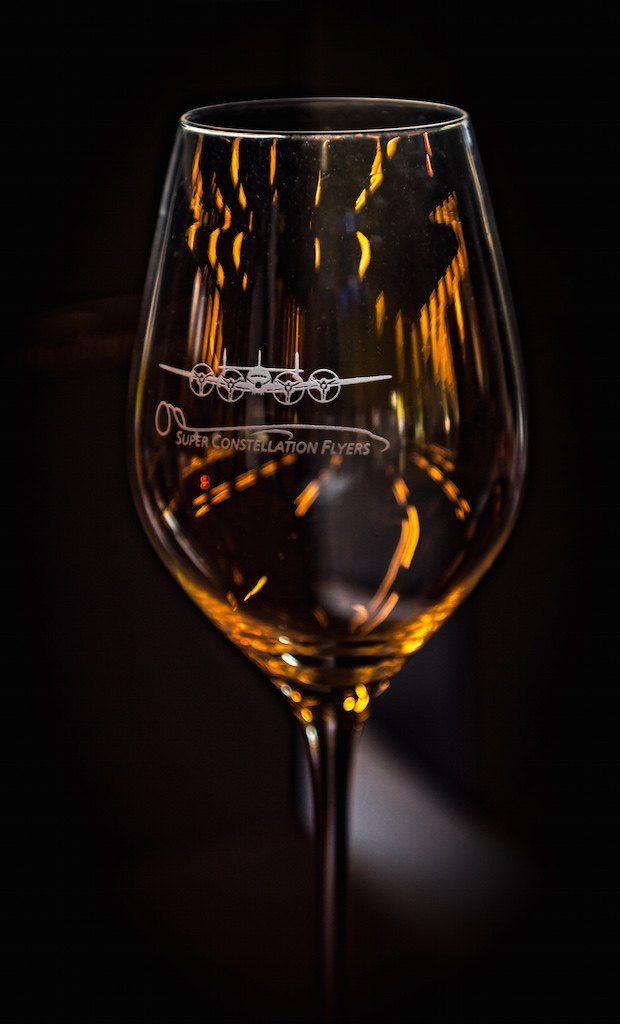 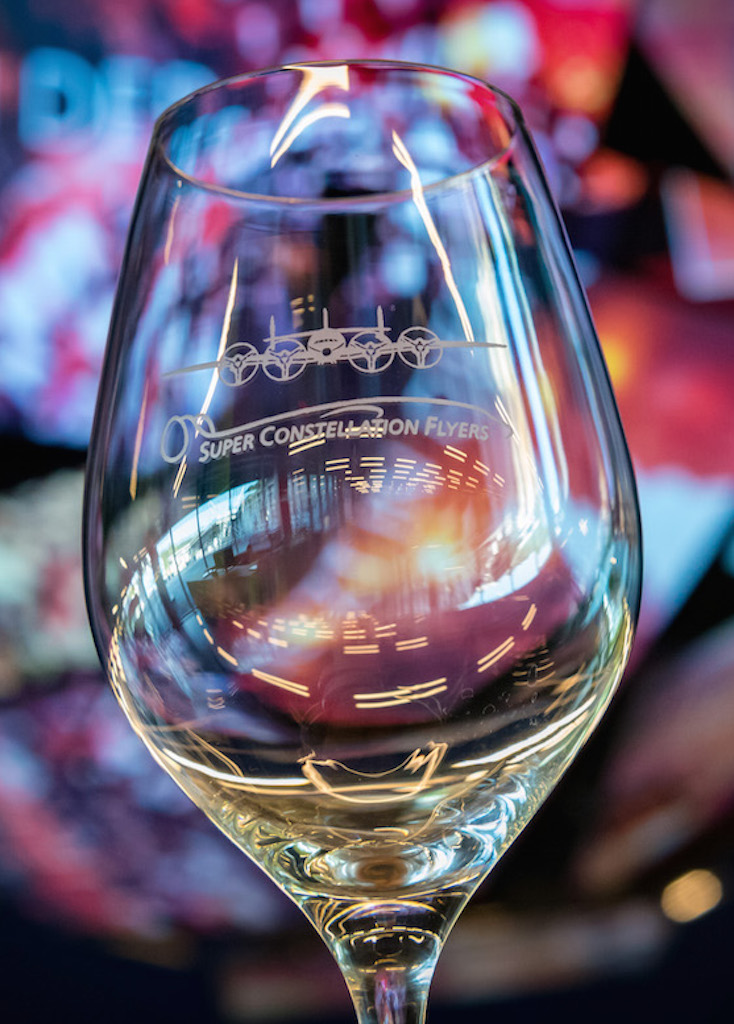 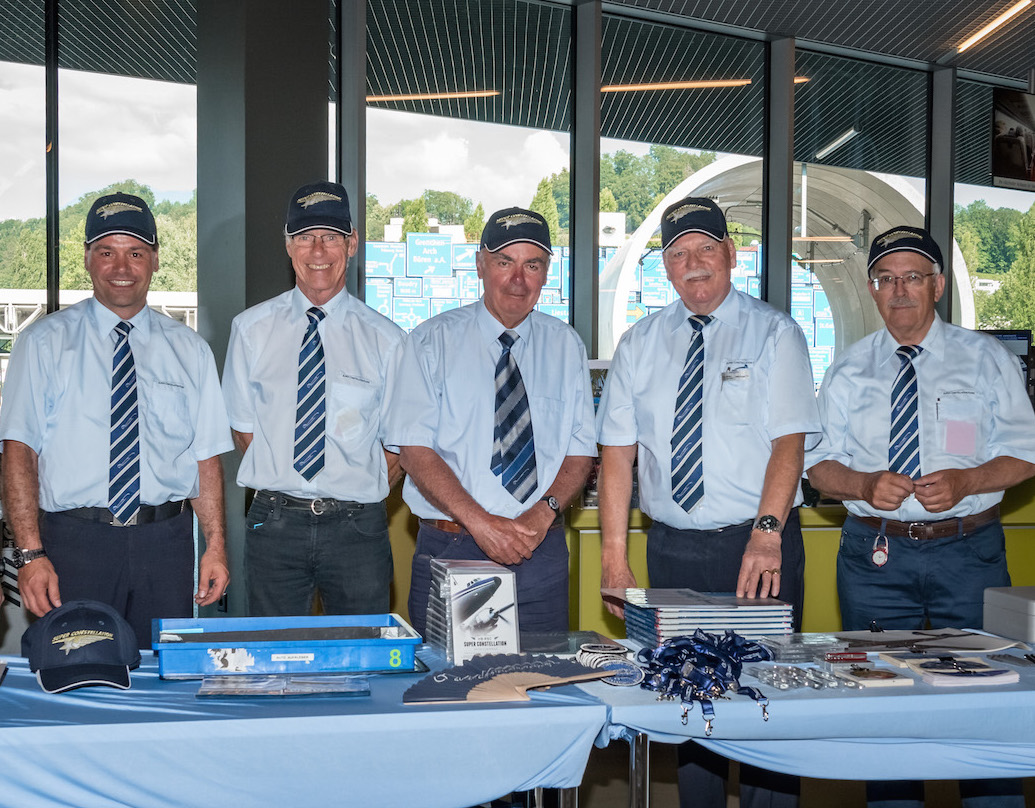 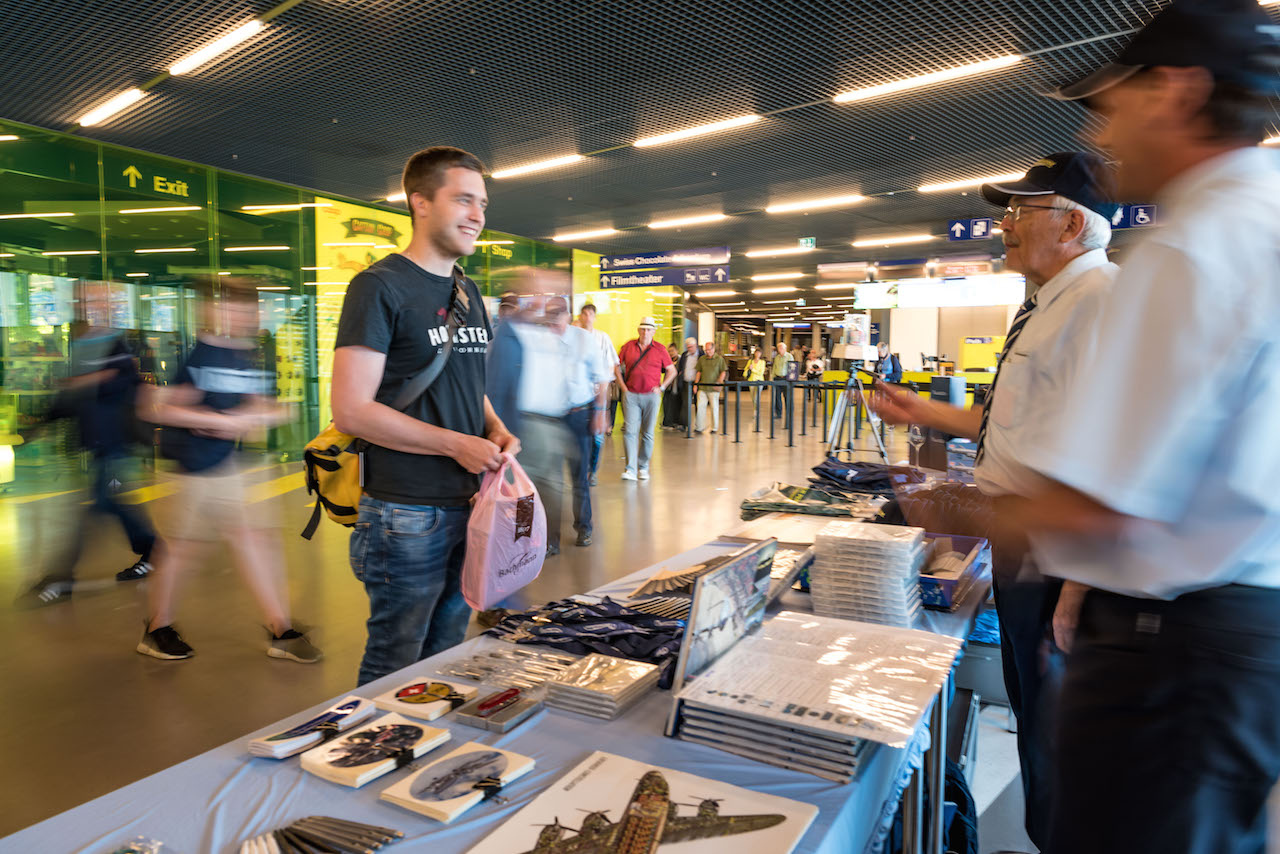 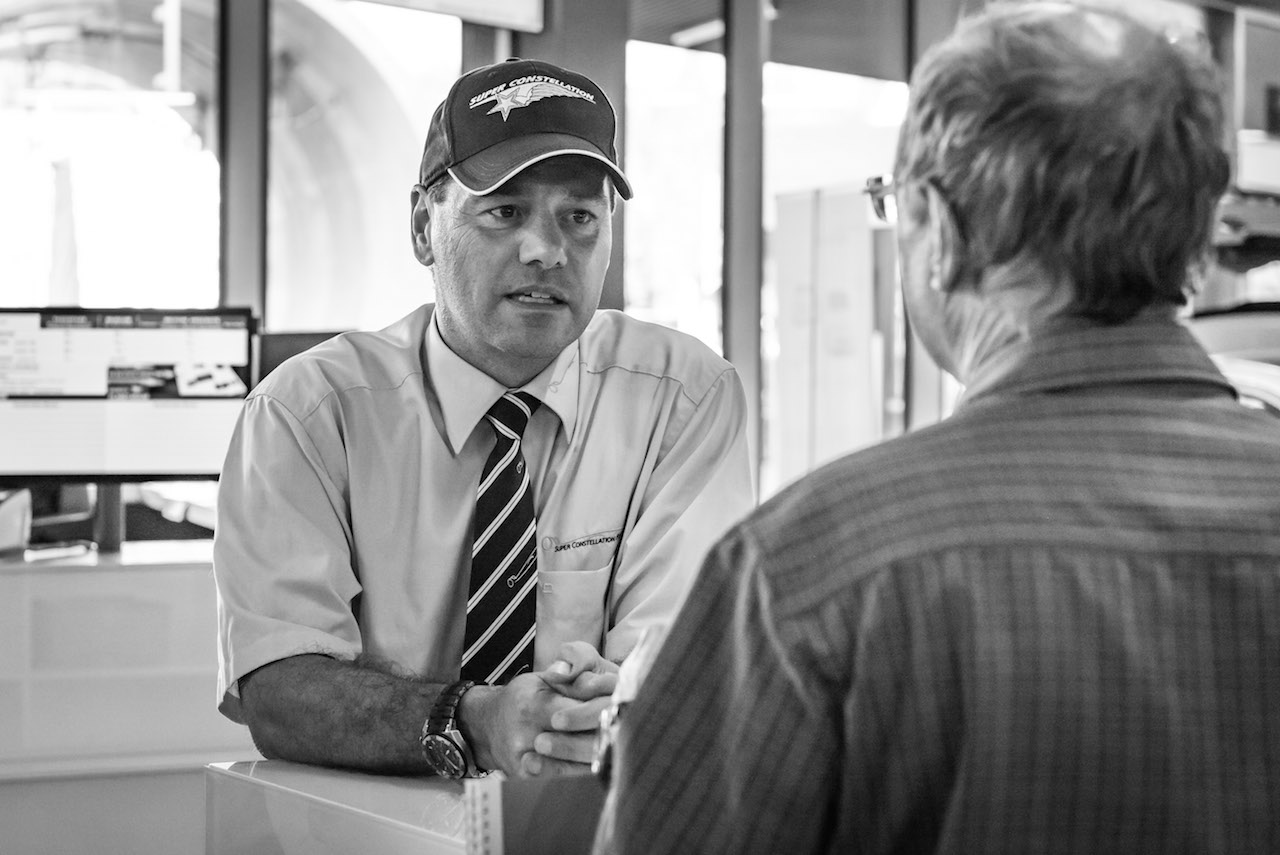 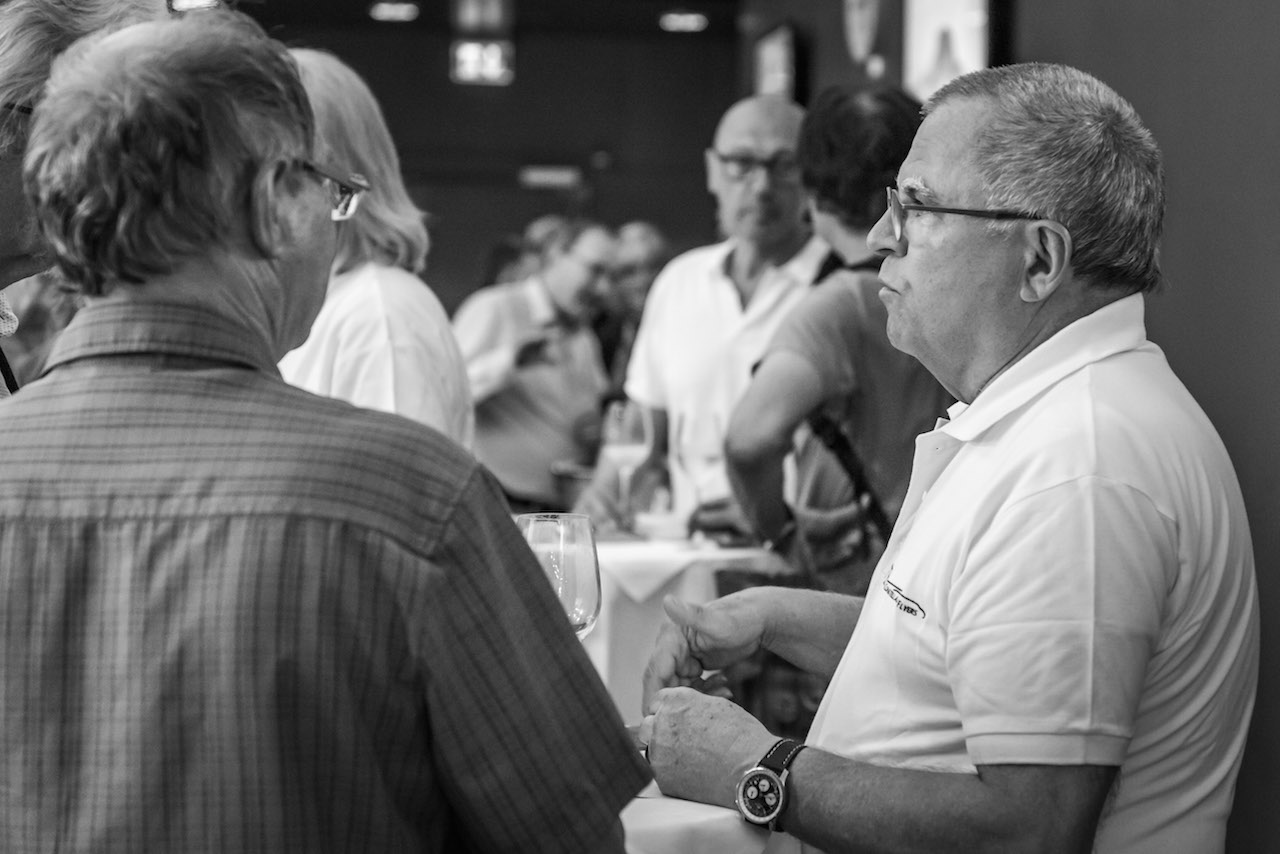 Beat Egli (above) and Ernst Frei (below), in conversation with Urs Morgenthaler, former SCFA President 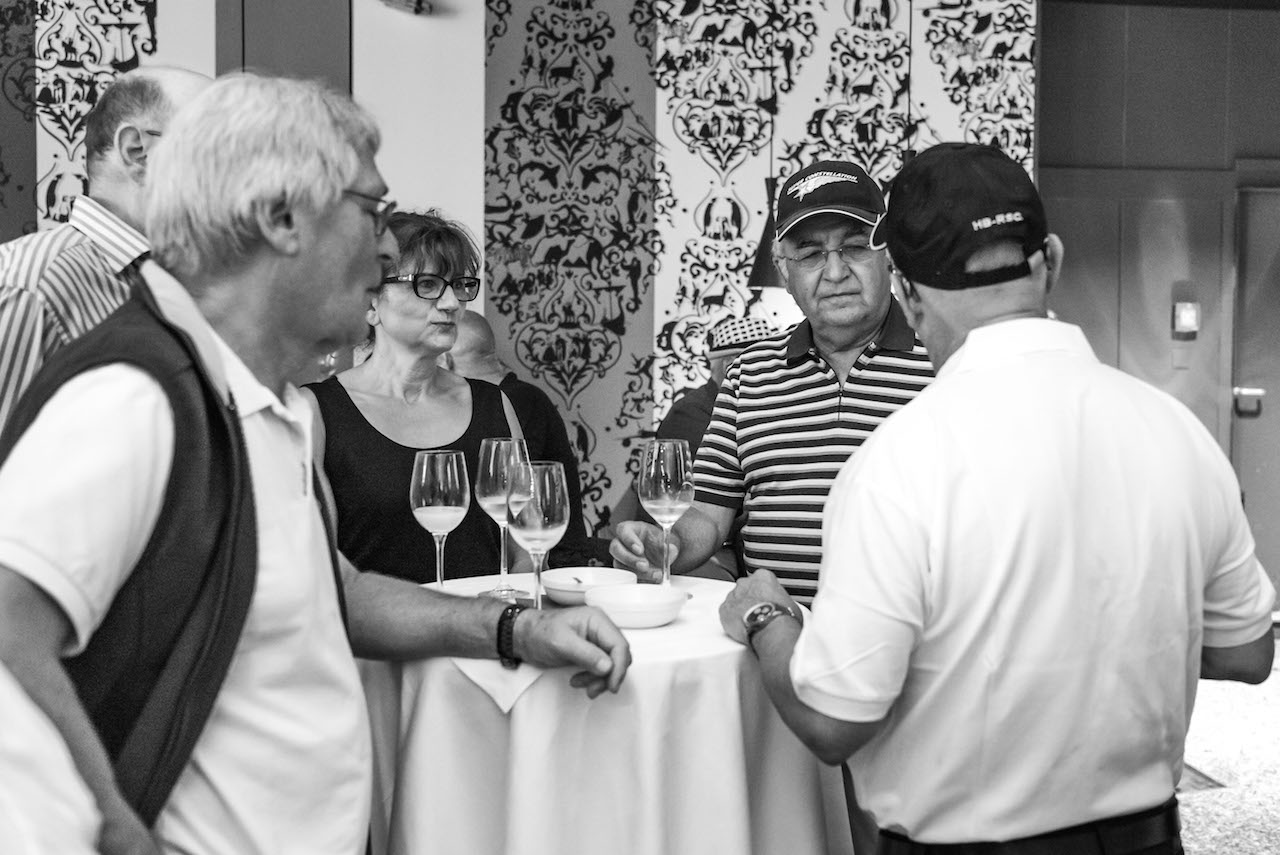 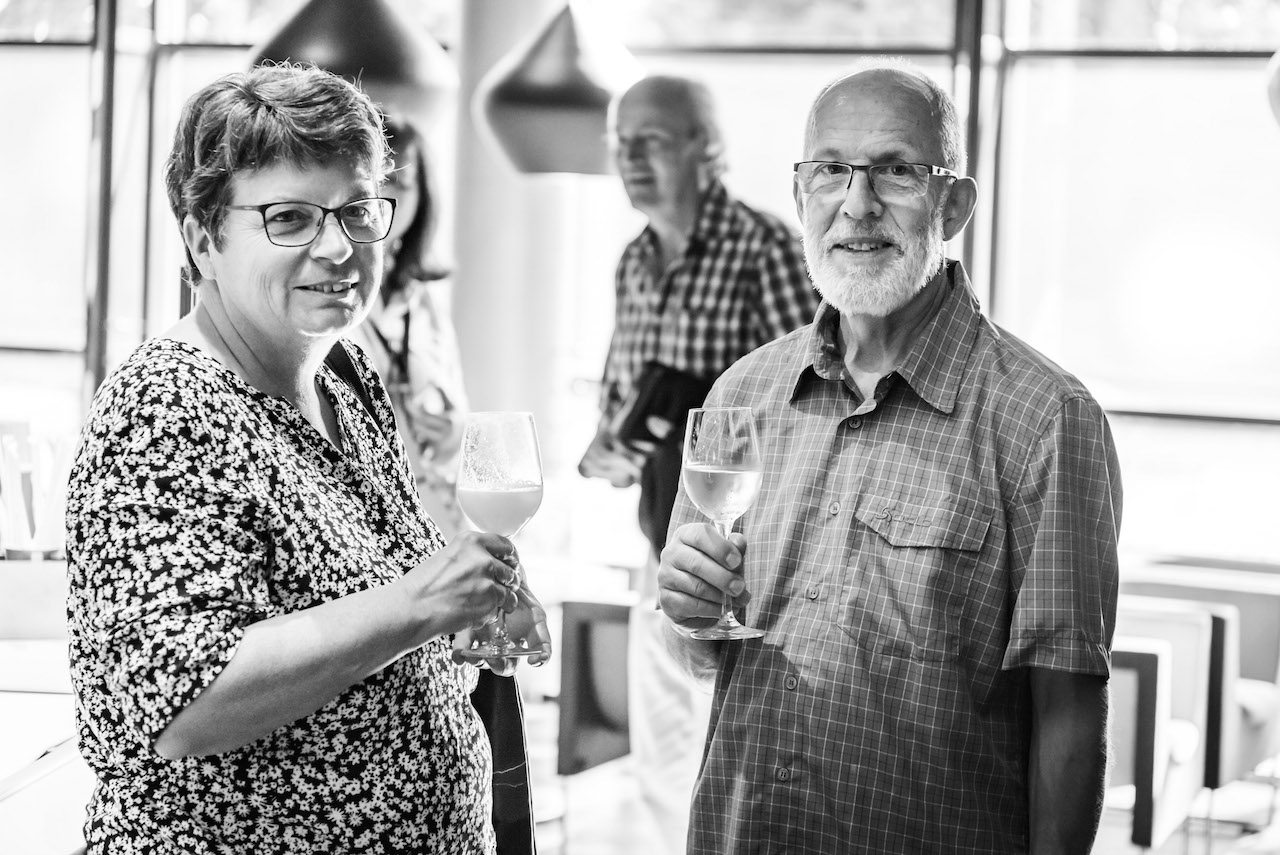 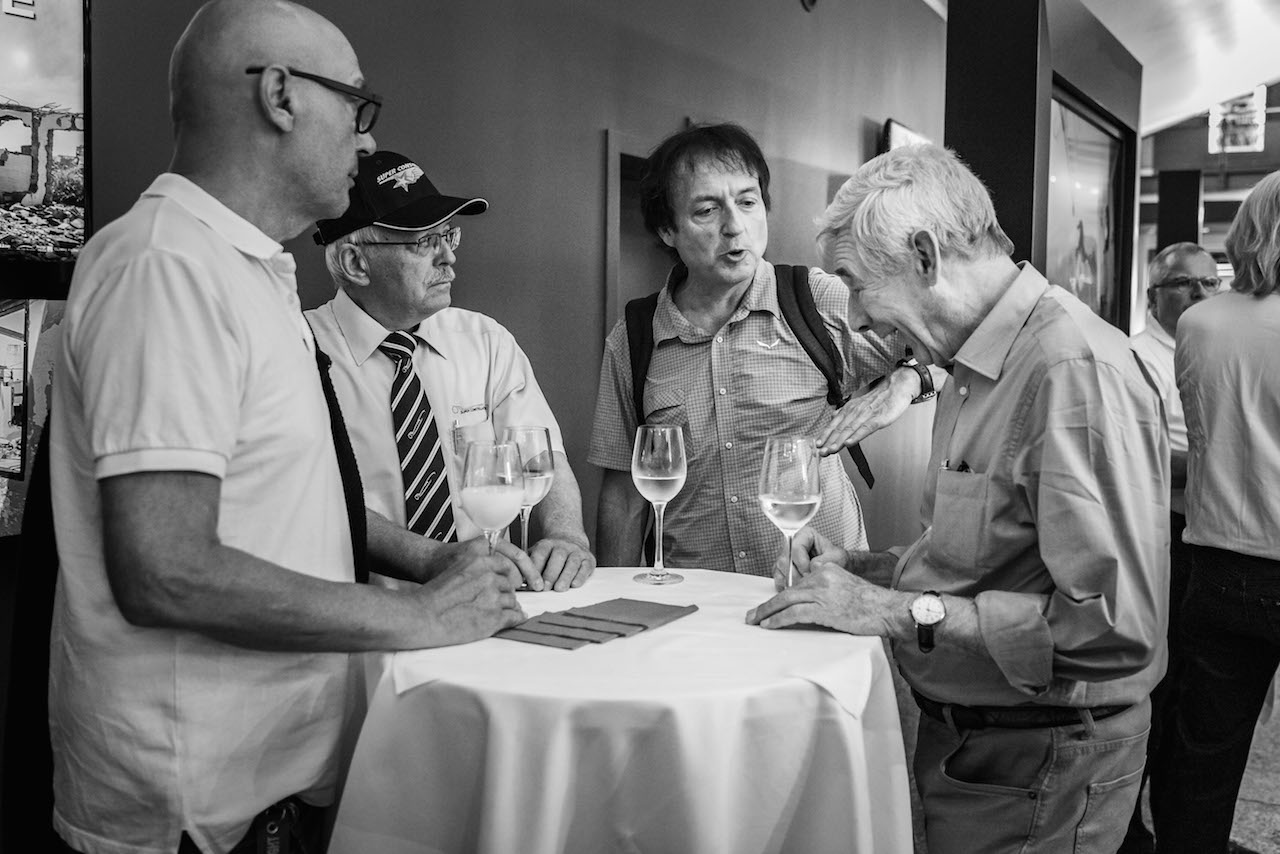 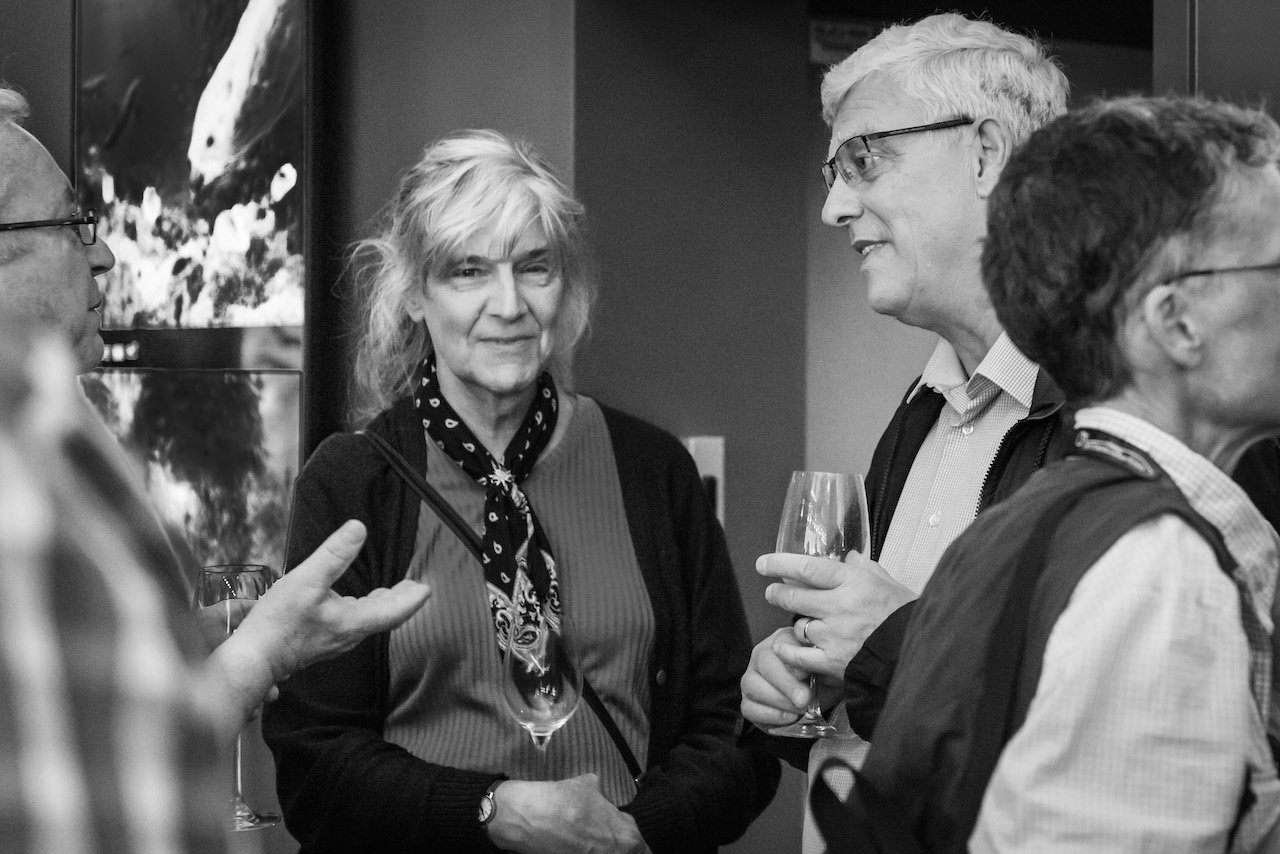 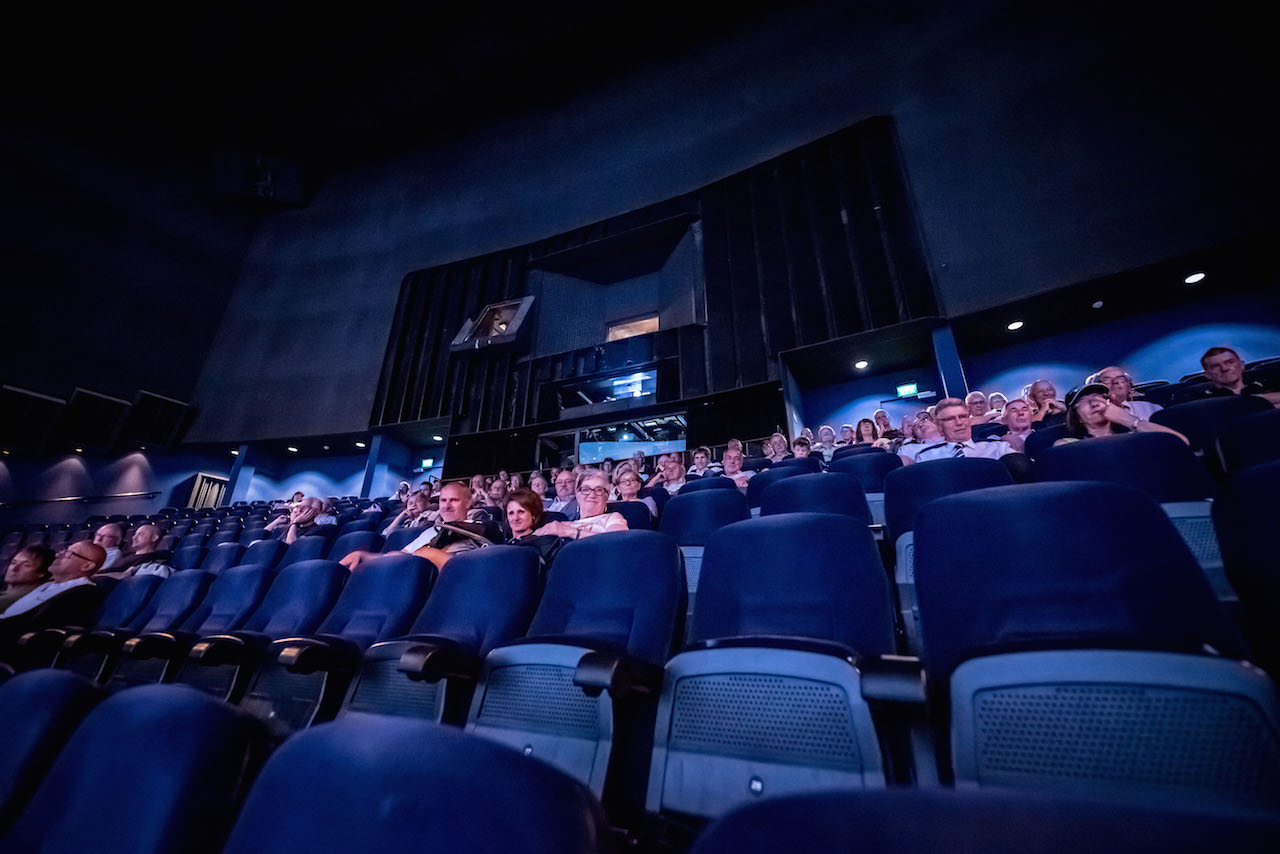 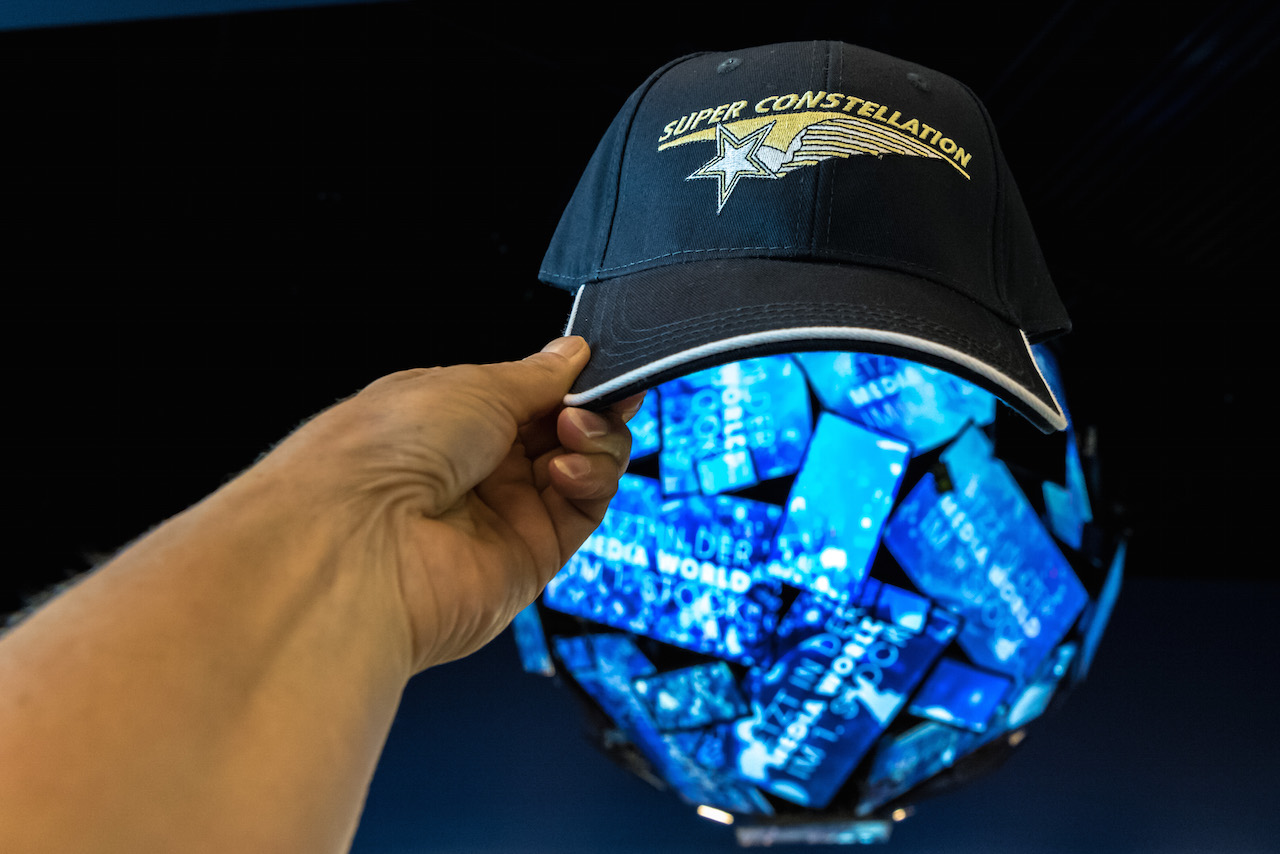